Each drawing presented exists as a polity. Their production is informed by a Spinozan monist/materialist perspective: everything that exists is composed of a single substance, matter, and all matter is ‘alive.’ Bodies, as a plurality of diversely formed matters—plants, animals, minerals, machines, ideas, paintings, buildings, landscapes, and so forth—act and are acted upon, their mutual modulations constituting what is. From this perspective questions of the political and the aesthetic are transformed into physical questions: i.e., knowing what a particular body is capable of and how particular bodies combine in beneficial or destructive mixtures through their positive and negative encounters. In art and politics what matters, the only thing that matters, is how bodies interact with and transform one another. Drawings, museums, cities, are all bodies existing within a universal polity of bodies that mix together either constructively or destructively. As in the original meaning of aesthetics, concerned not with beauty or taste but with how the world strikes the body, a body of art is understood not as good or bad, political or not-political, but in terms of its agential powers: with how it increases or diminishes the powers of the other bodies (human and nonhuman, natural and artifactual) with which it interacts. These drawings, which mass together a multitude of bodies and exist as bodies, perform within these parameters. Their logic is a full-body logic of sense in which color, line, pattern, the site in which they are experienced, the perceivers, participate in constituting a dynamic, morphogenic gathering of bodies—that is, a polity. 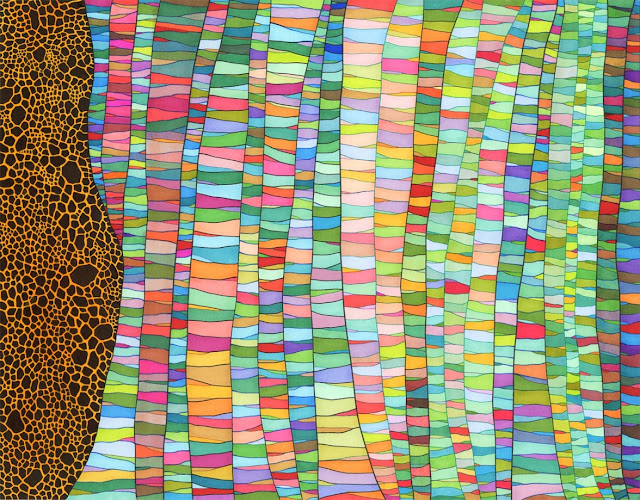 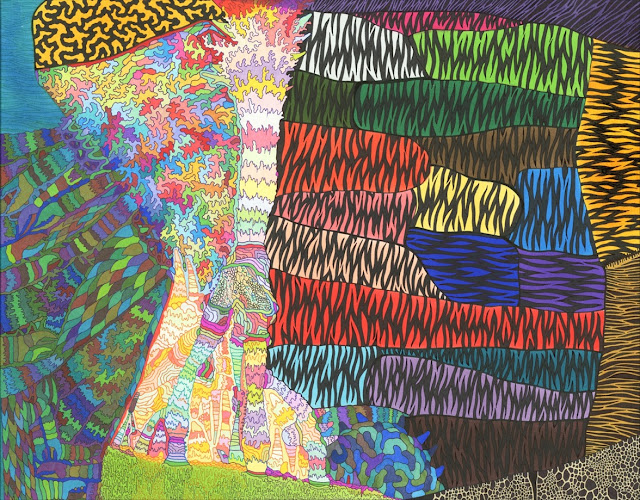 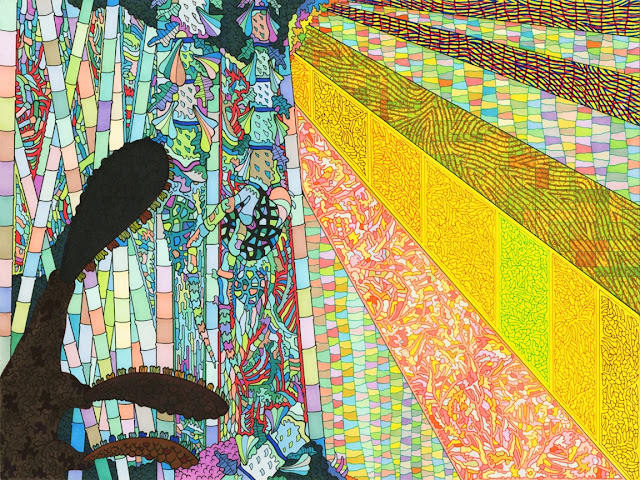 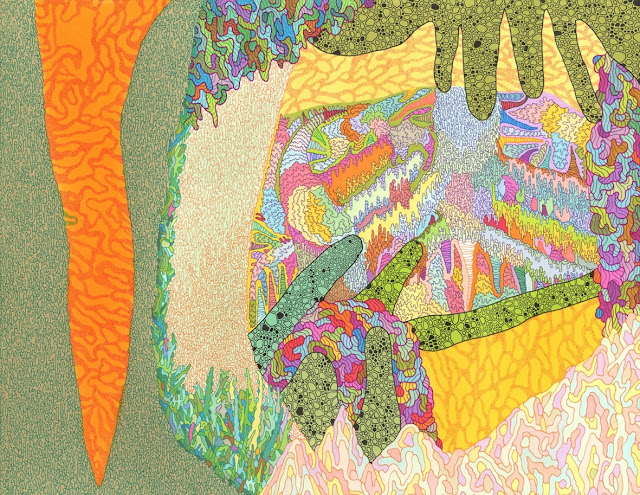 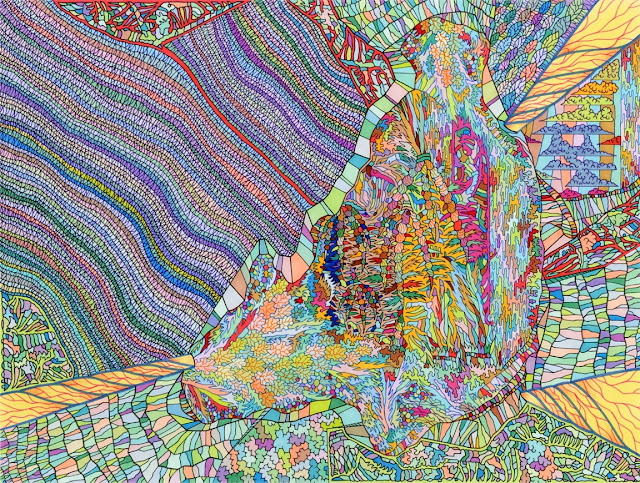 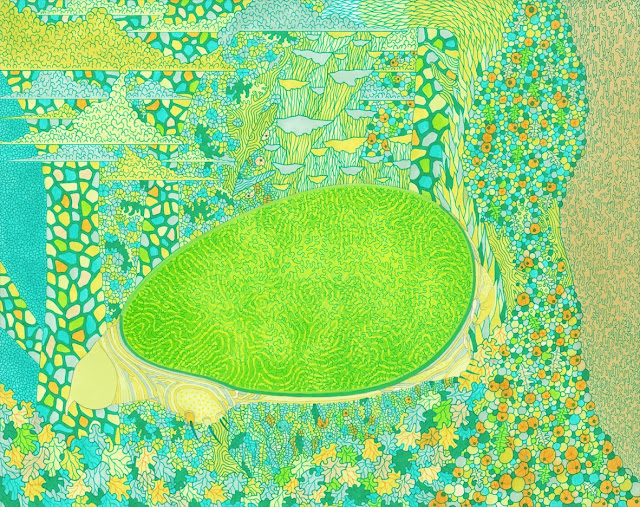 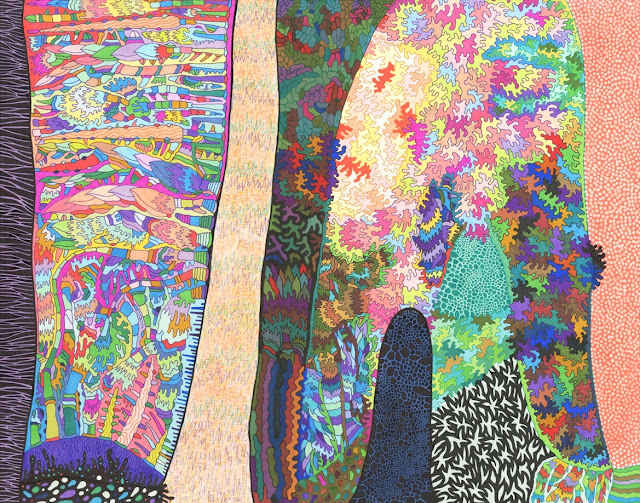 images and text via: maxhooperschneider.com